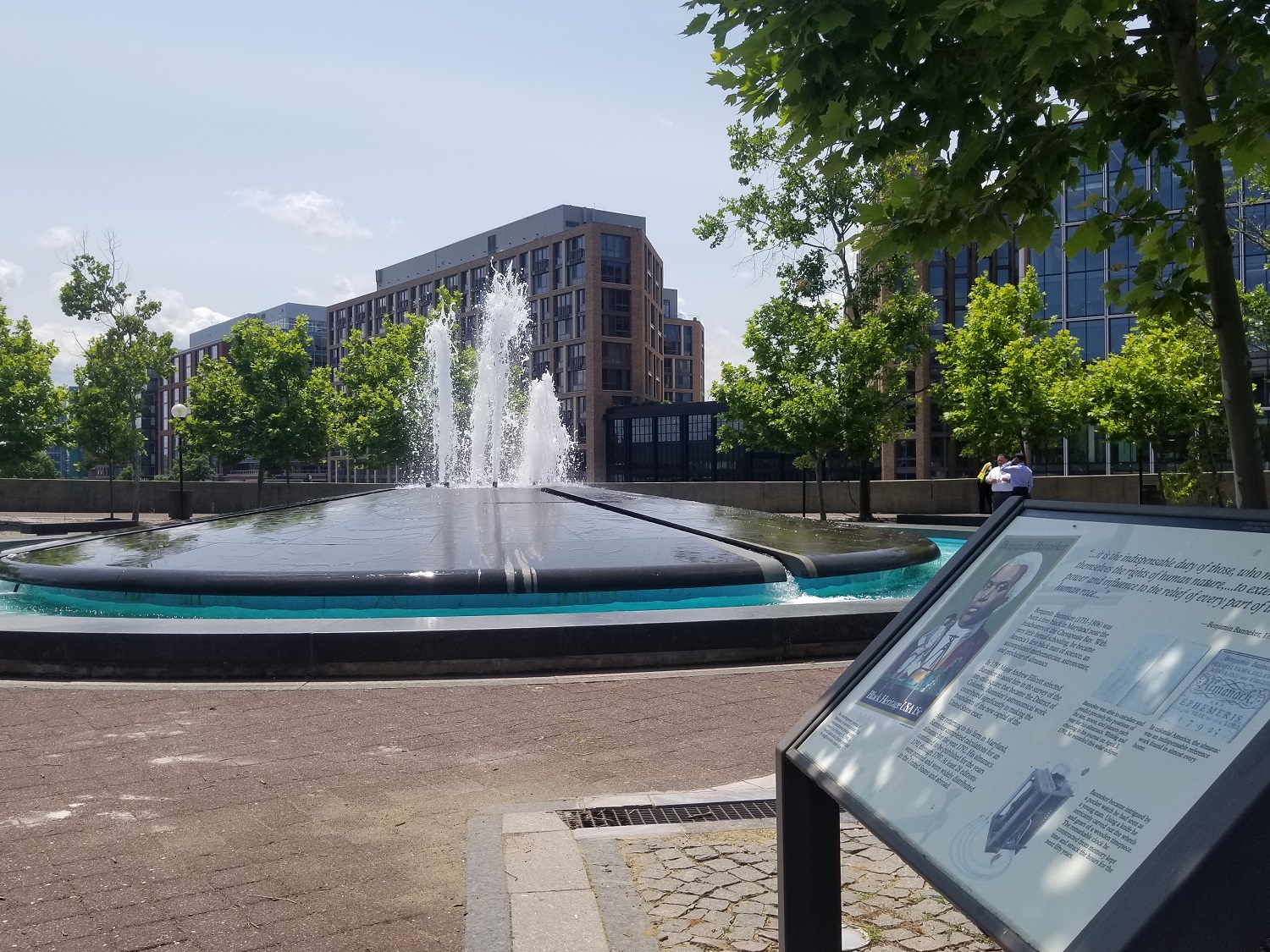 At the end of L’Enfant Boulevard (10th Street, SW) in Southwest DC there is a park dedicated to Benjamin Banneker.

The park was designed by Dan Kiley and opened in November 1971. In 1998, Congress passed legislation that authorized a Banneker memorial in D.C.  This park site was chosen for that memorial, and it is managed by the National Park Service.

From Banneker Park there are views to the south that look over Maine Avenue, SW, and onto the Wharf development that was completed in September 2017.