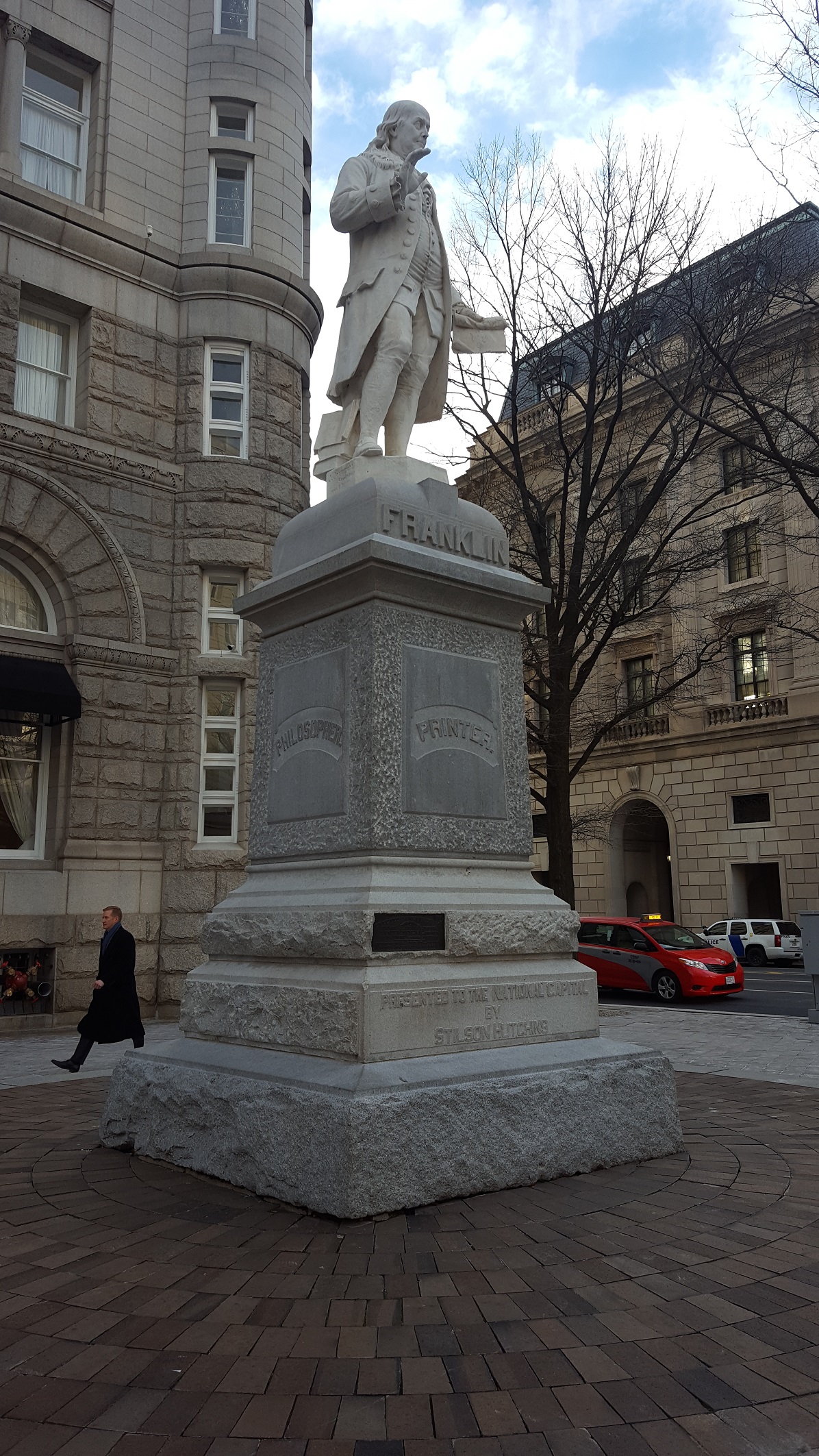 The statue of Benjamin Franklin was cut from a single block of Carrara marble and is 8 feet 6 inches high. Standing on a pedestal of Massachusetts granite that is 11 feet 2 inches tall – the statue is almost 20 feet tall.

On October 4, 1888, the pedestal and statue were placed at the “small reservation at the intersection of D and Tenth and Pennsylvania Avenue NW just west of the banking house of Lewis Johnson & Co.” However, the statue wasn’t “unveiled” until Franklin’s birthday the following year on January 17. 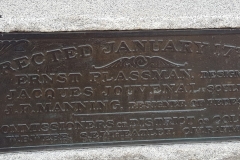 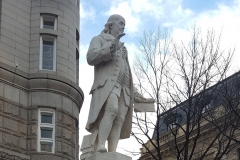 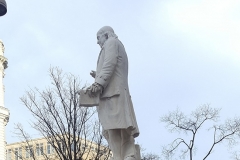 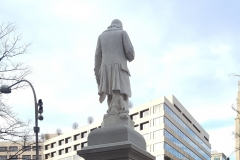 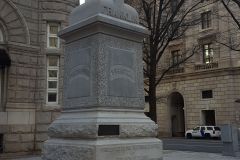 The dedication ceremony was held on the 183rd anniversary of Franklin’s birth. The unveiling was done by Mrs. M.W. Emory who was the great granddaughter of Benjamin Franklin.

The statue is similar to the bronze Franklin Statue in front of Printing House Square in New York City. The statue was designed by Ernst Plassman who designed the New York City Franklin statue.

Jacque Jouvenal, the sculptor, cut the Franklin statue in Washington at his studio that was located for many years on the north side of D and 10th Streets, NW.

The statue shows Franklin with his right hand raised, and in his left hand is a rolled-up manuscript. At the base of his right foot is a pile of books with one open volume. The coat that Franklin is depicted wearing has a fur lined collar and is, according to The Washington Post, a “studied reproduction of a garment known to have been worn by Franklin when he appeared before the court of France, at Versailles, on the occasion of the ratification of the treaty between France and the United States following the recognition of the Republic of Great Britain.”

The pedestal has four sides, on which are inscribed in raised granite letters the following: Printer, Philosopher, Patriot, Philanthropist. On the south side, directly under the base of the statue, is the name FRANKLIN.

And Hutchins, as reported in The Washington Post, believed that “[George] Washington was the greatest character in the revolutionary epoch or in the arduous struggle succeeding it, and that the can be no question that Franklin stood second to Washington, and that, just like Washington, our independence and our liberties are due to Franklin.”

Statue of Benjamin Franklin: A Joint Resolution Authorizing the Commissioners to Select a Site for it Passes the Senate, The Evening Star, June 21, 1888.

Franklin’s Statue: It is Unveiled Today; Mr. Hutchin’s Gift to the City. The Evening Star. January 17, 1888.