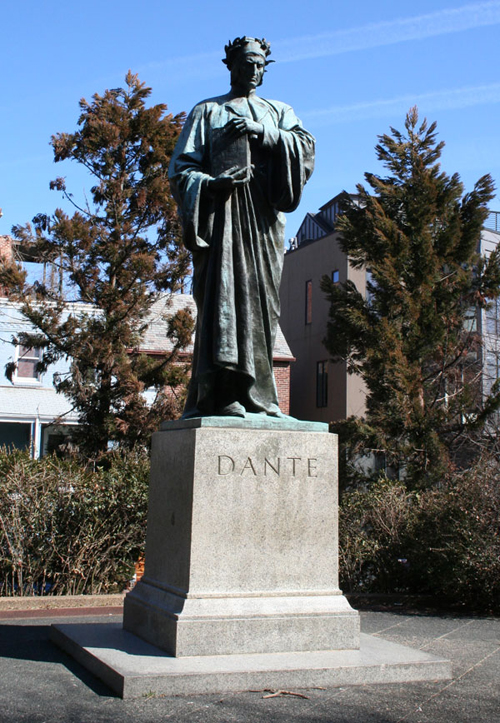 The statue of Dante was given to the city by Chevalier Carlo Barsotti, president of the Dante commission of New York. Created by Italian Commentator Ettore Ximenes, it is a replica of the Dante statue in New York City. The statue is twelve feet high, and the pedestal is 9 feet high.  At the unveiling a temporary pedestal was used. The statue shows Dante wrapped in a long cape, with a book under his arm. 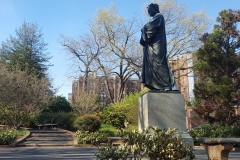 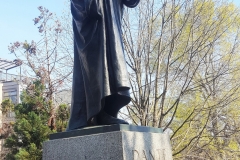 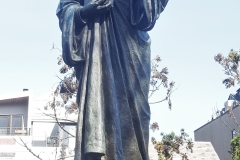 The dedication schedule was changed to accommodate some of the European delegation who were in Washington, D.C. for a post-World-War-I conference on the limitation of armaments.

Barsotti explained that reverence for Dante, hope for success “of the noble work started by America in the interests of world-peace”, and “love, devotion, and loyalty to this great nation” were the main reasons for this gift to America.

Commissioner Rudolph of the Fine Arts Commission accepted the state on behalf of the city and said, “The selection of the location for the statue is a particularly happy choice in that it is in what is destined to become one of the most beautiful sections of the Nation’s Capital.” He continued: “This spot will prove a popular resort to hosts of students, writers, painters and sculptors who visit the Capital from all parts of the world.”

Op-Eds questioning the positioning of the Dante statue — hidden away in Meridian Hill Park, were plentiful after the dedication. But as one writer pointed out, Dante was a man of the people, using the quote: ‘Give the people light and they will find their own path’ to illustrate his point, and therefore perfectly situated.  Speculation and opinions continued until November 1923 when final arrangements were made for a Rockport granite base, a replacement for the temporary base that had been used during the dedication. The base was presented and paid for by Carlo Barsotti, who had paid for the statue.

The year the statue was dedicated, 1921, was the 600th anniversary of the death of Dante Alighieri.