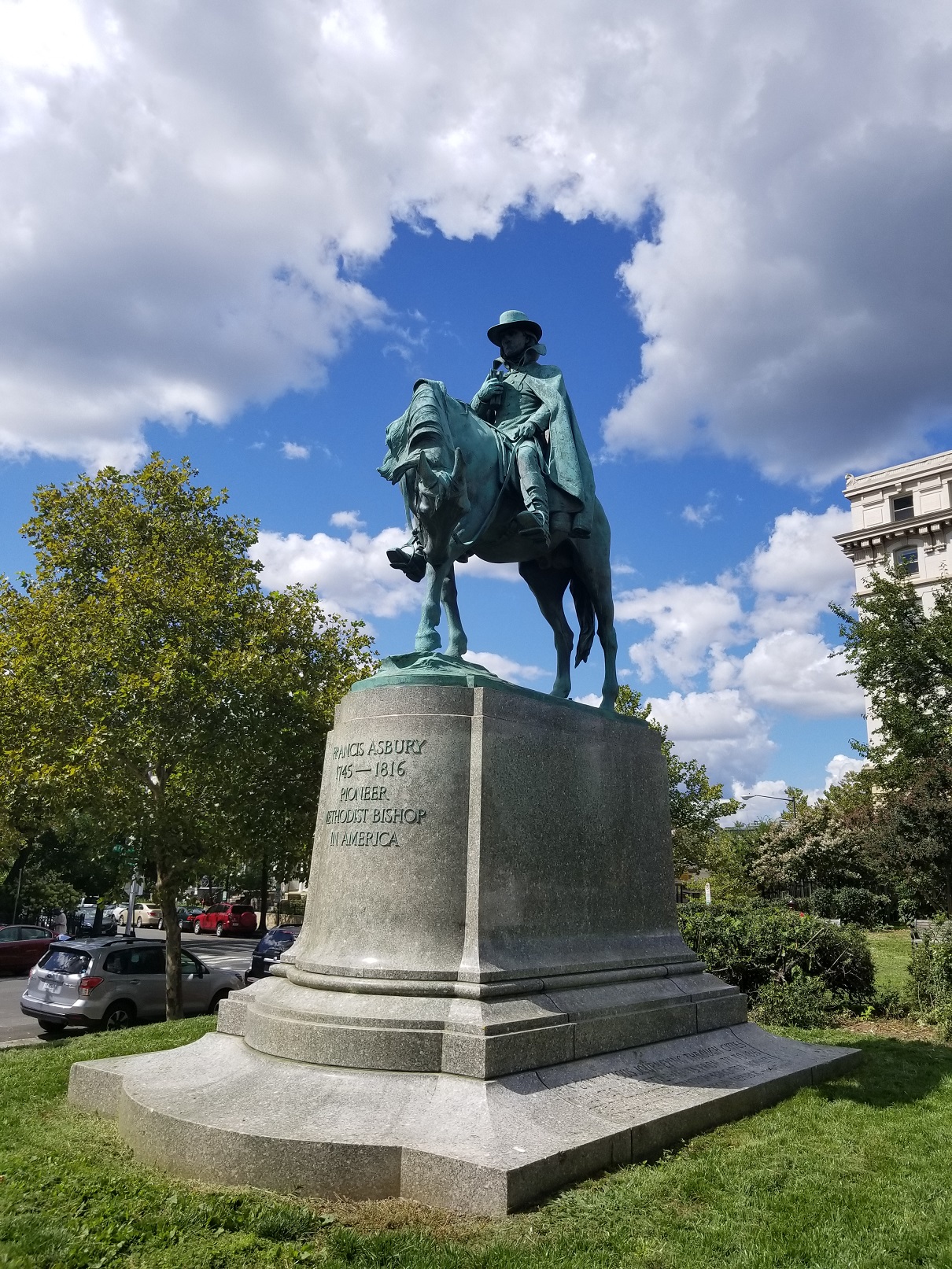 Site approval was made on August 9, 1924. The statue was erected without expense to the United States.

The sculpture was finished in July 1921 and portrays Asbury seated on a horse with saddlebags containing books and articles of clothing. 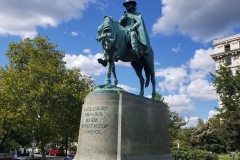 Francis Asbury (1745-1816) came from England to America in 1771, by appointment of John Wesley, to do missionary work. Asbury became the first bishop of the Methodist Episcopal church and was also the developer of American Methodism – the most numerous Protestant church family in America. Asbury lead the American Methodist church for 45 years during which time he travelled extensively.

He traveled over 5,000 miles a year on horseback, was paid $64 per year (about 20 cents a day), and covered an estimated 250,000 miles in his lifetime. He preached daily and three times on Sunday giving at least 500 sermons a year.  Asbury wrote, by his own estimates, 1,000 letters a year, and also wrote in journals, which were published on 1,200 pages.