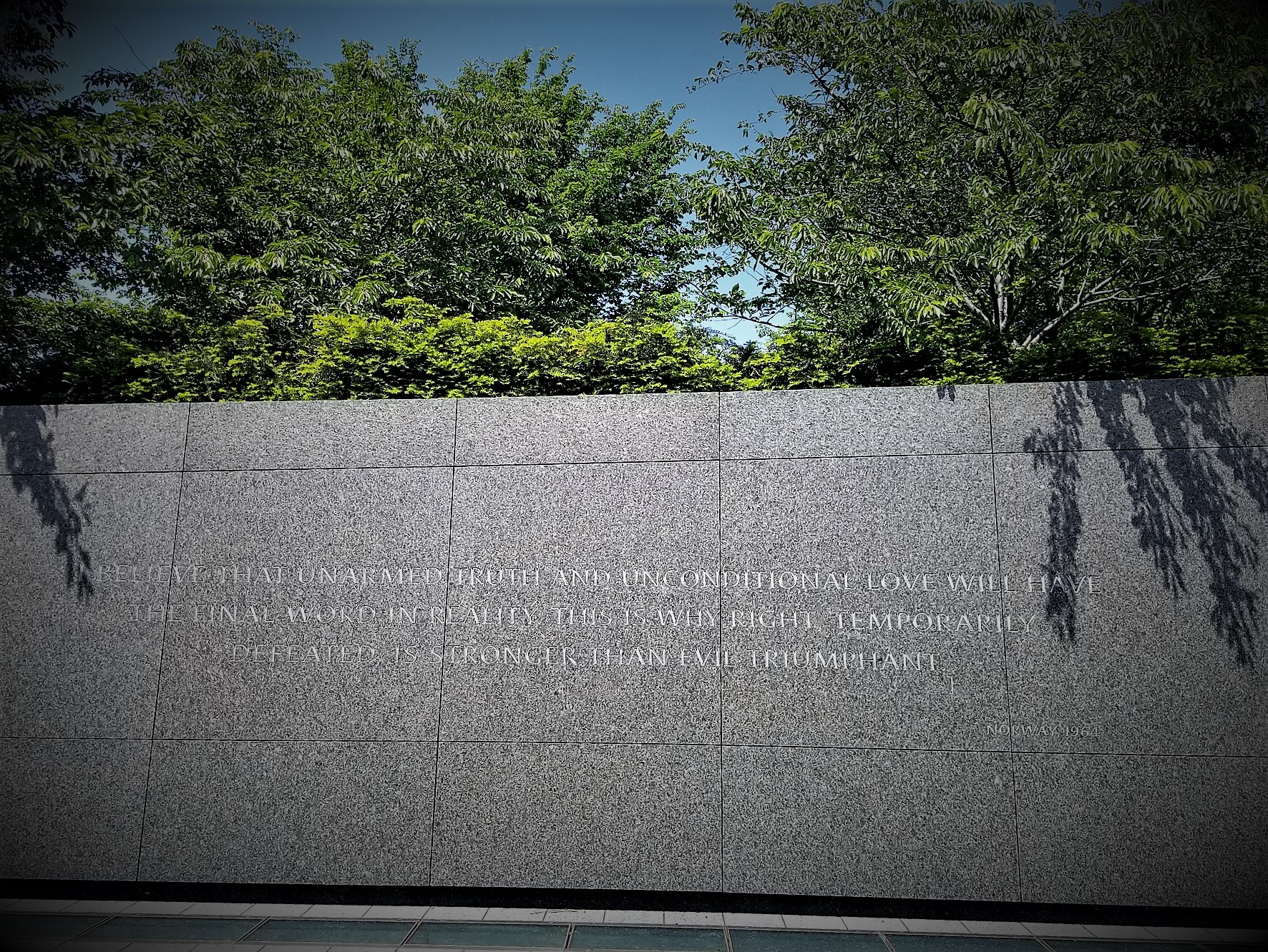 Today we celebrate the life of Martin Luther King, Jr. The federal holiday bill was signed into law in 1983 and first celebrated in 1986.

The Martin Luther King, Jr. memorial was opened on the National Mall in 2011.

The Martin Luther King Jr. Memorial is on the axis between Thomas Jefferson Memorial and the Lincoln Memorial. This significant location puts Dr. King in between the writer of the Declaration of Independence who served as the third President of the United States and was a slave owner, and the 16th President, Abraham Lincoln who saved the Union from the Confederacy.

The last sermon Martin Luther King delivered was at the Washington National Cathedral on March 31, 1968.