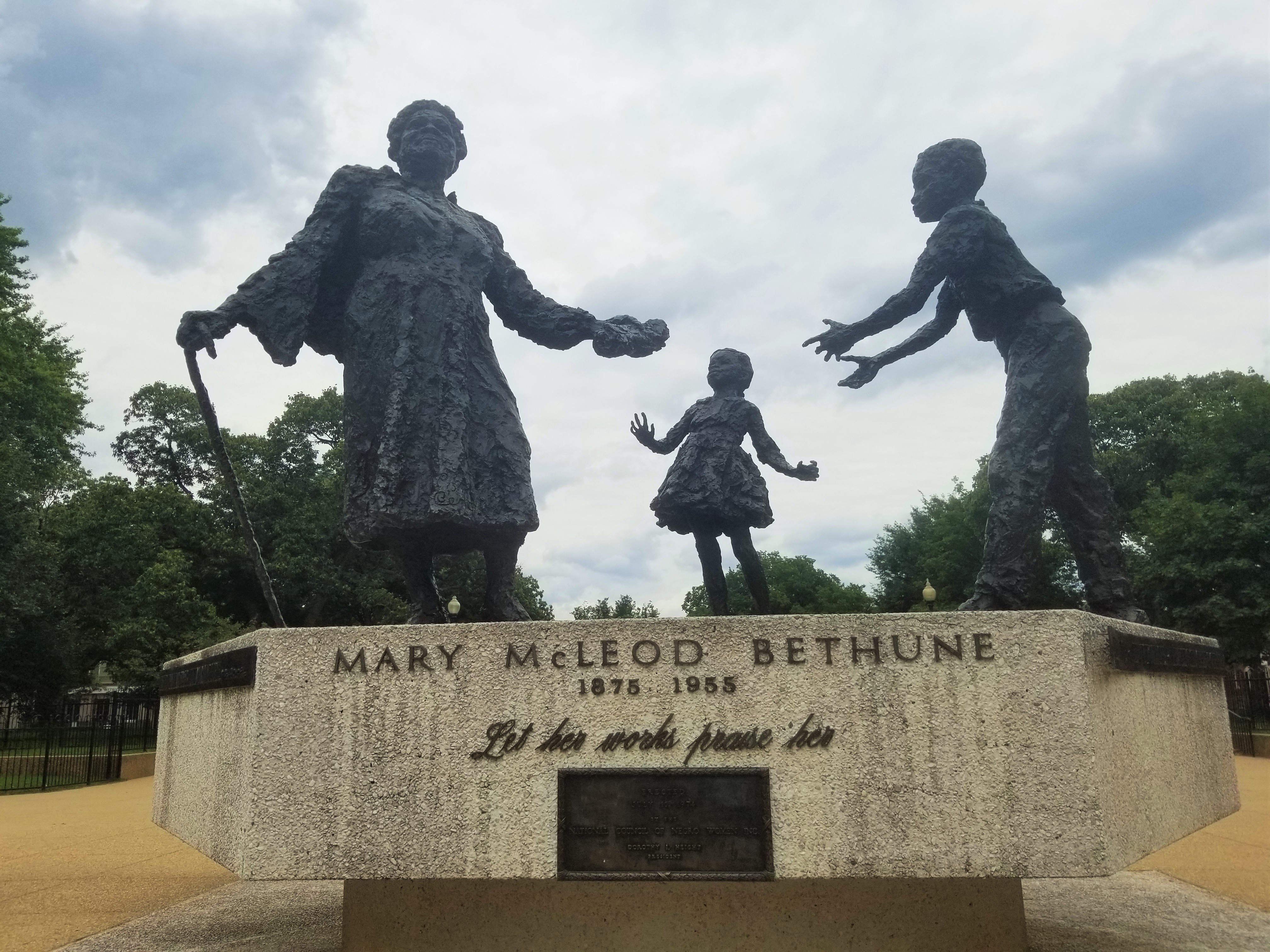 On July 10, 1974, on what would have been Mary Bethune’s 99th birthday a statue of her was unveiled in Lincoln Park at 12th and East Capitol Streets, SE.

The dedication in Lincoln Park was filled with an estimated 18,000 people from all over the country.  The ceremony included Cicely Tyson reading Mary Bethune’s last will and testament and the statue unveiling.

Following the unveiling, there was a parade from the D.C. Armory to the West Capitol steps where the crowd met with Vice President Gerald Ford and Speaker of the House Carl Albert. Also in attendance were Mrs. King, and Representatives Shirley Chisholm of New York, Barbara Jordan of Texas, and Yvonne Burke of California, the three African-American members of the House at that time.

The dedication celebration lasted three days and included an awards ceremony for African-American women and a concert at the Kennedy Center.

The National Park Service improved Lincoln Park before the ceremony adding benches, trees, and walkways. The Washington Post also reported that the Lincoln Emancipation memorial, 200 yards away from the Bethune statue, was turned so that it face the new memorial.

The 17-foot bronze statue was sculpted by Robert Berks whose signature styling can be seen at the Kennedy Center in the bust of John F. Kennedy and on Constitution Avenue at the statue for Einstein. 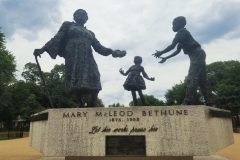 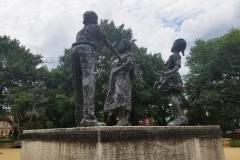 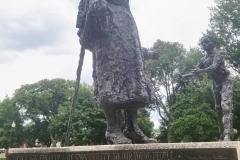 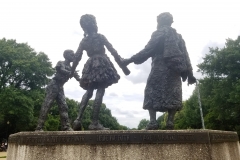 The statue was the first memorial to an African-American woman to be placed in a public park in the Nation’s capital. The memorial depicts Mary McLeod Bethune standing with a long coat leaning on a cane with her right hand and handing off a scroll to two children.

The cane, presumably, would be a representation of the cane that Elinor Roosevelt gifted to Bethune after the death of FDR. The scroll of learning or knowledge is being handed down to the youths so that they can benefit from education.

The three figures of the statue are placed on a tiered pedestal that forms a table.

Mary McLeod Bethune was an educator and a champion of civil rights. She was born in Mayesville, S.C., one of 17 children and her parents, former slaves, were sharecroppers. Despite beginning her education at the age of eleven, she graduated from Scotia Seminary in Concord, N.C. and Moody Bible Institute in Chicago.

She founded the Daytona Normal and Industrial School for Negro Girls, in 1904, which later became Bethune-Cookman College, and served as president for 40 years.

In 1936, Bethune joined President Roosevelt’s National Youth Administration as director of the Office of Negro Affairs.

Mary McLeod Bethune also founded the National Council of Negro Women (NCNW) in 1935 to represent national and international concerns of Black women.  In 1957, Dorothy Irene Height, became its fourth president, and organized the raising of funds for a memorial to Bethune. After Bethune’s death, the NCNW raised $400,000 for a memorial to her. All the contributions came from private citizens.