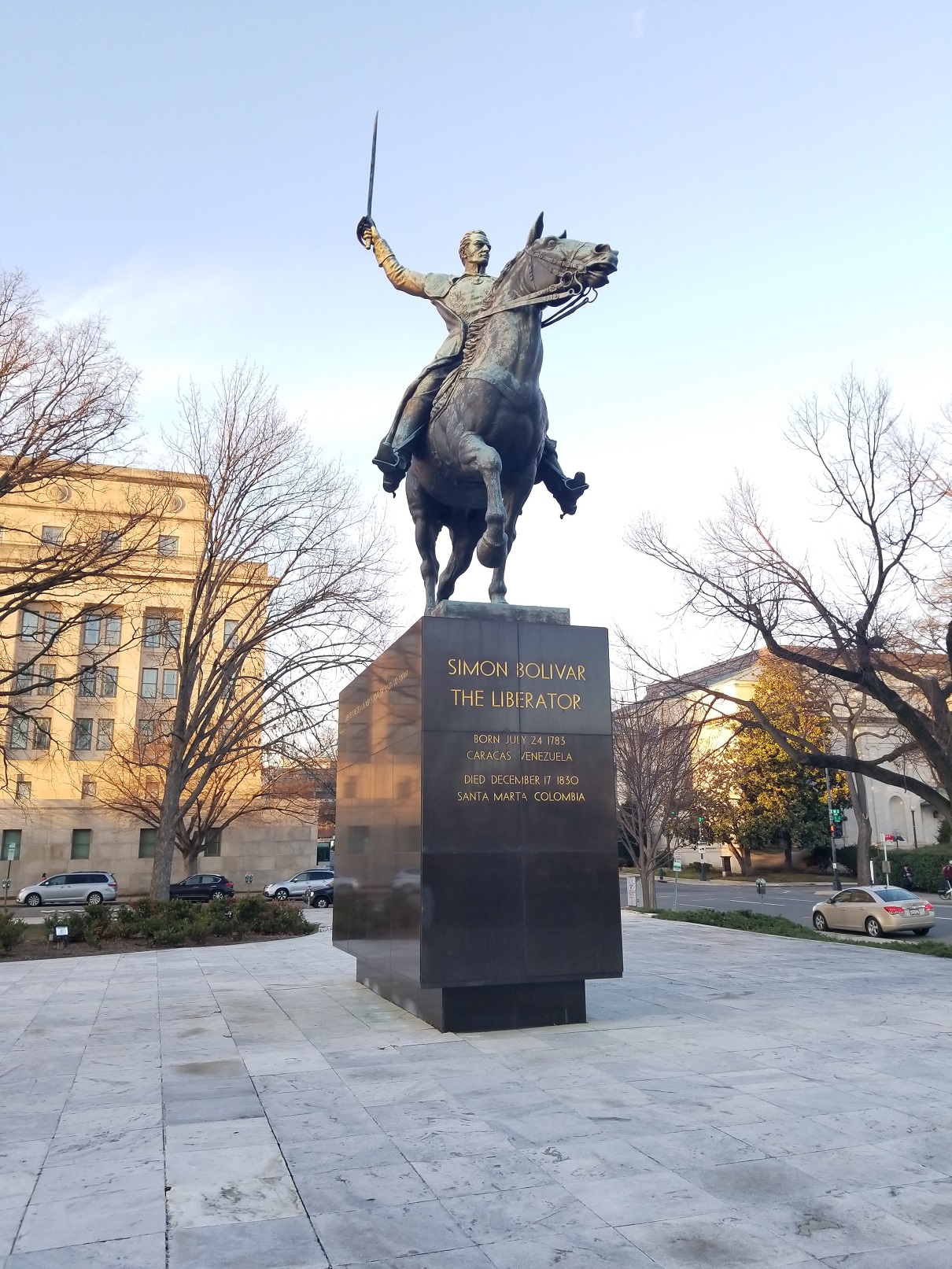 In 1955 a resolution was passed in the Senate authorizing acceptance of a statue to Simon Bolivar, South American liberator, in Washington, D.C., to be presented to the United States by Venezuela as a gesture of friendship. In 1957 the Fine Arts Commission reserved the triangle part at 18th and Virginia Avenue, NW for the statue and a park.

The 8-ton statue was designed by Felix W. de Weldon, a member of the Fine Arts Commission and also the sculptor of the Iwo Jima statue. The model was sent to Brooklyn, NY, for casting, which took 10-weeks, because there are no foundries left in Washington, D.C. The statue measures 24 feet from the base of the tip of the sword and 24 feet from the horse’s nose to the tip of the tail. It stands on a Swedish granite pedestal 12 feet high.

The statue was placed on it’s pedestal in December 1957, and the original dedication ceremony was scheduled for May 22, 1958, with Vice President Nixon scheduled to preside. However, due to a coup d’etat in Venezuela in January 1958, the ceremony was postponed.

Finally on February 27, 1959, President Eisenhower accepted a 36-foot bronze statue of Simon Bolivar as a symbol of the will of the United States and Venezuela “to live and work together.” The dedication came with two weeks after Romulo Betancourt was elected President on February 13, 1959, ending a decade of dictatorship in Venezuela. 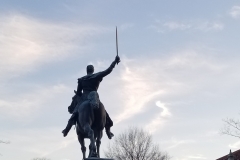 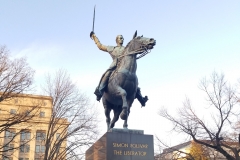 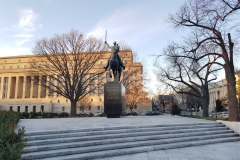 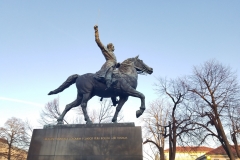 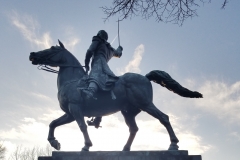 The gift from the Venezuelan Government also includes the creation of the newly designated Simon Bolivar Plaza, with landscaping, a marble plaza, pool and six jets of water will shoot 23 feet into the air to represent the six countries liberated by Bolivar.

Other American cities — New York City (Central Park), Bolivar, W. Va., and Bolivar, Mo., and New Orleans — have monuments to the ‘Great Liberator’. But the one located in Washington, D.C. is the largest of all equestrian statues in the Western Hemisphere.

Statue of Latin Hero to be Unveiled Here, The Washington Post and Times Herald, May 11, 1958, F13

Bolivar Ceremony Here is Put Off, The Washington Post and Times Herald, May 20, 1958, A6

Venezuela’s Bolivar Statue is Accepted by President, The Washington Post and Times Herald, Feb. 28, 1959, B1